TLDR: It’s a good habit to straighten, but it’s certainly not a must.

To straighten or not, that is not the question.

The short answer is, most of the time, yes, go for it and straighten the damn arm.

Here’s the more sensible question, perhaps: What’s the point of straightening the arm? To get a larger ROM from each pull up? Not really, no.

Let’s look at the grip that i’ve chosen: A neutral one of comfortable width. Generally, if it’s any wider than your shoulder width, your arms would be hanging in a V- shape.

So, what’s the point of doing a pull up? Like, a ‘perfect’ one that gets the most out of the movement. MOST of the time, we use it as a primary lat builder because the main direction of force is generated from the vertical fibres of the lats. Technicality aside, a good pull up should always challenge the lats. That’s a given. Secondary muscles involved include the biceps, rear delts, traps and varying degrees of the rotator cuff muscles. This is just a rough breakdown, not an exhaustive list so i’m not including stuff like the core stabilisers etc.

The strict straightening of the arm/elbow shortens the triceps and enforces the V-shape of the aforementioned starting position, but this does not exactly increase the ROM of the lats; it only lengthens the biceps that bit more.

That being said, for the purpose of setting reasonable/perceptible standards, the ‘rule’ of straightening the arm holds, even for World Records etc. Just like how there are guidelines in Powerlifting which dictate whether a lift is legit or not. It’s just a guideline; it’s not the only way to do the exercise, nor is it necessarily the best way to do it.

Back to the pull up, with the focus of challenging the lats in mind, it would make sense to shrug and fully stretch out the elbows high instead of worrying about the straightness of the arm.

To put that into perspective, a good pull up can be done with a very stable robot grabbing my elbows overhead. The straightening of the arm affects the bicep involvement, not the lats.

TLDR: It’s a good habit to straighten, but it’s certainly not a must. 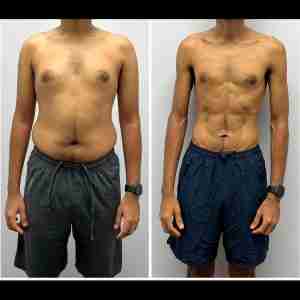 Jayant has had personal training before but that yielded little results. When the circuit breaker eased he restarted his fitness journey with dinokang. 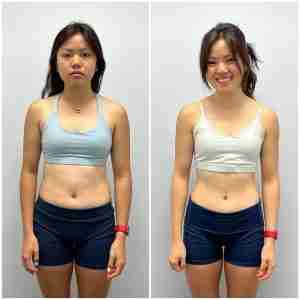 3 takeaways from Belle’s step of faith into personal training

Belle had crippling food anxiety, poor body image and disordered eating. But a foray into personal training with dinokang changed everything. 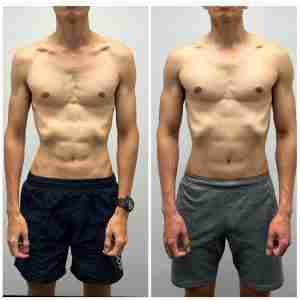 For the hard gainers out there

Throughout his entire life, Aaron has never been fat and has always had trouble gaining weight. Find out how he transformed himself with the help of dinokang. 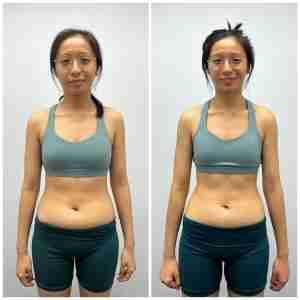 She didn’t know what she was doing in the gym, so she sought help

While Rou-an was already well-adept at ‘eating healthy’, she felt stuck in the gym. She sought out LTU’s services and the rest is history.

Ready to get Started?

Reach out to us if you're interested to kickstart your lifelong training journey.

If you have any other enquiries, feel free to reach us as well.